Weapon lights have become quite the hotness these days. There was a time where weapon-mounted lights for handguns were isolated to two lights and two lights only, the Streamlight TLR-1 and Surefire X300U. These days a variety of lights have hit the market in a variety of sizes and power levels. Recently I ran across something rather interesting from a company that makes interesting stuff. The Rogers Rail Lite from the Roger Shooting School does weapon lights differently.

The Rogers Rail Lite combines a custom polymer mount with a Streamlight Microstream USB light. The light sits to the left of the rail mount and runs the light along the side of the firearm. The rail mount is universal and can pop on handguns, rifles, shotguns, and basically anything with a rail. While the Rogers Rail Lite can attach to anything with a rail, it certainly seems to work best with a handgun. 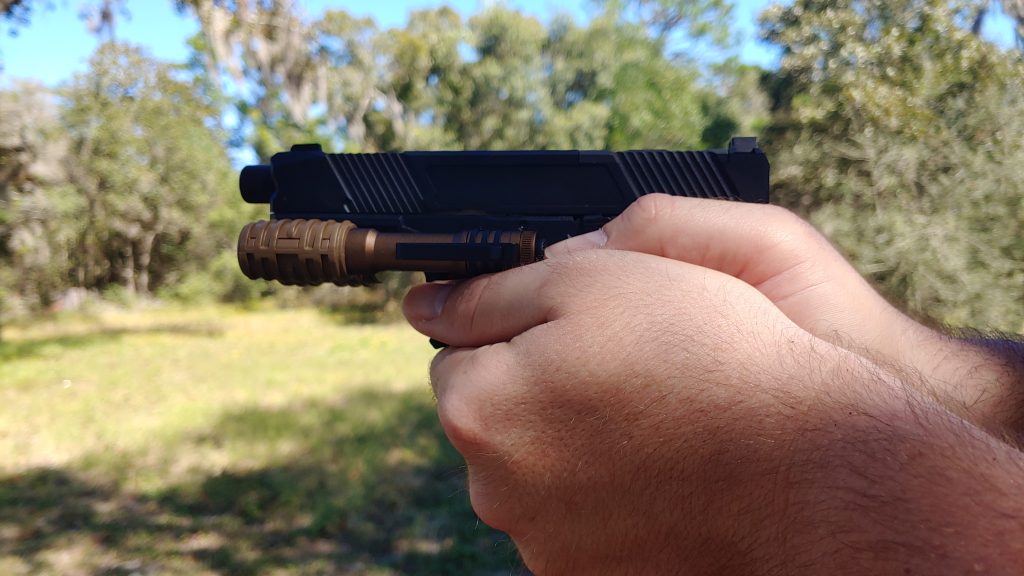 Why use a small light on a big gun? coughSurefirecough. Anywho, the design is very simple, and it works very well. Best yet, it costs a mere 40 bucks. The rail mount is a quick detach design but is lever-free. It pops on and off without issue and allows you to attach it on the fly.

The light can go from EDC handheld to weapon light at a moment’s notice. The Streamlight Microstream is essentially a penlight. It’s an amped-up penlight that packs 250 lumens and 1,150 candela. Sure, that’s great for a penlight, but it’s not great for a weapon light. 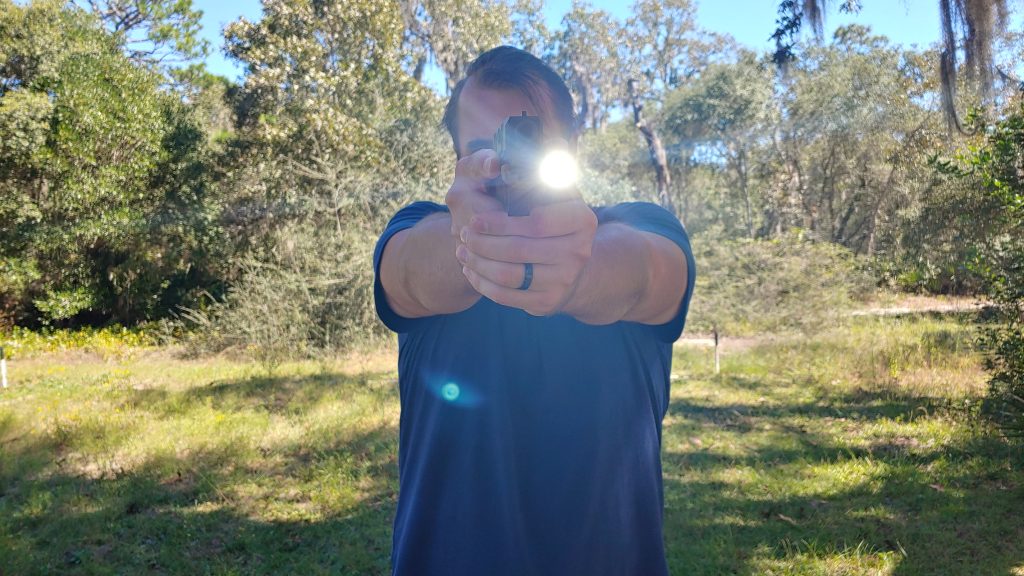 The beam can light up a small room, but once you get outdoors, the range is very limited. That level of power is tough to swallow, especially in a self-defense situation where more is often better. The concept behind the Rogers Rail Lite is solid, especially for small guns.

When you go about trying to attach a light to a small gun, you are basically stuck with either using the TLR-7 SUB or the Surefire XSC. Both are more powerful than the Rogers Rail Lite, but they do have a few downsides. Obviously, they make your subcompact bigger and heavier. They require a special holster that’s often more expensive than a standard holster. Even with a WML, you’ll need to carry a separate light for EDC. 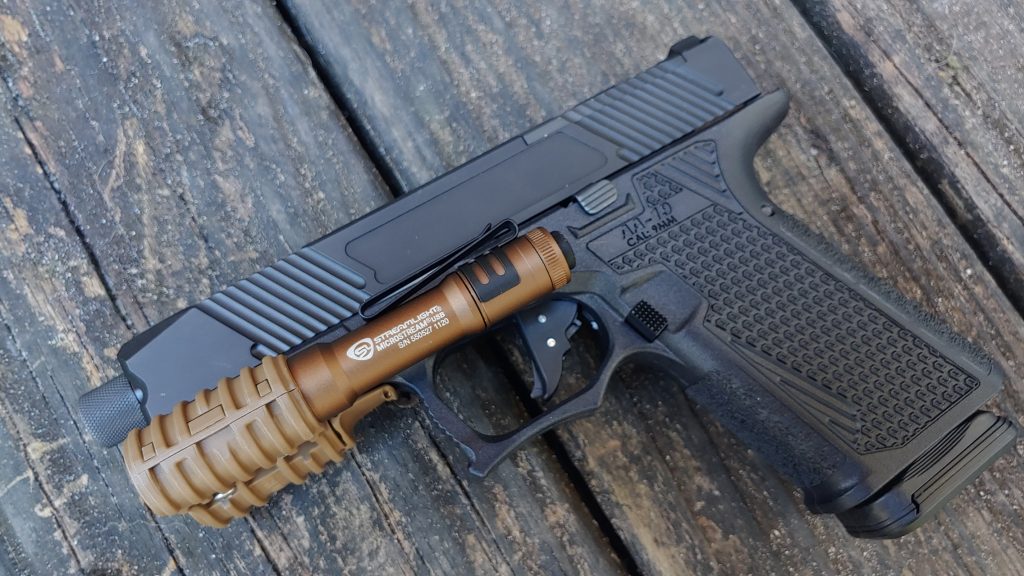 With the Rogers Rail Light, you have an EDC light that attaches to your gun without complaint. It does so quickly and allows you to pack a light for both roles. You don’t need a special holster, and your gun stays lightweight and simple for daily carry.

To make the Rogers Rail Light work on small guns, you need to trim the rear tab. Rogers explains this himself on his Youtube channel Doing so isn’t tough, and it’s just polymer. I used a pair of wire cutters to do so. Once trimmed, I could fit it on small guns like the Walther PPS. 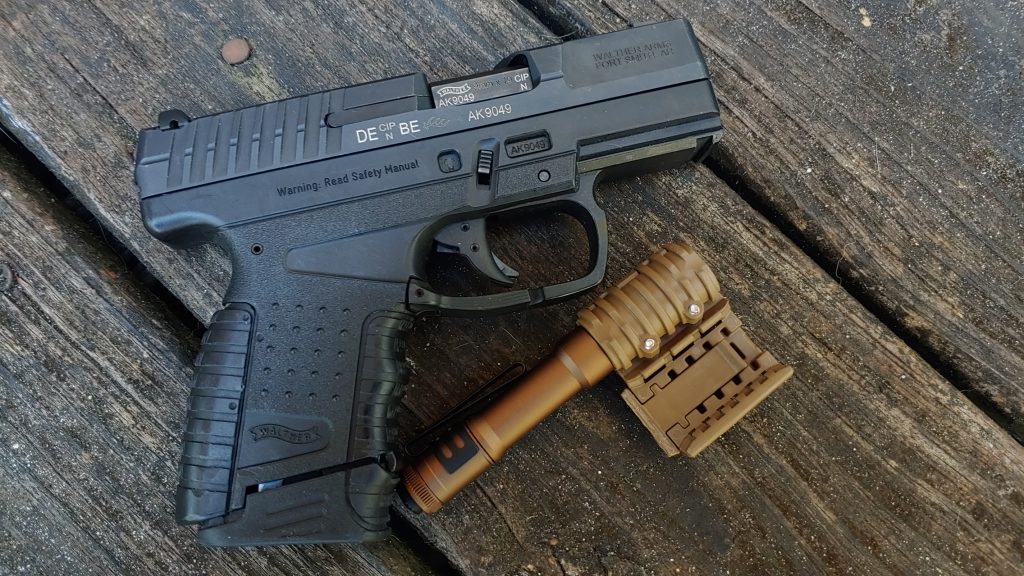 I love the idea, especially for small guns, but why not pair the same idea with a slightly larger light? Well, a much larger light? What about a side mounting rail that allows you to use a Surefire X300U or TLR-1? Or a bigger loop for accommodating handhelds that pack more power? 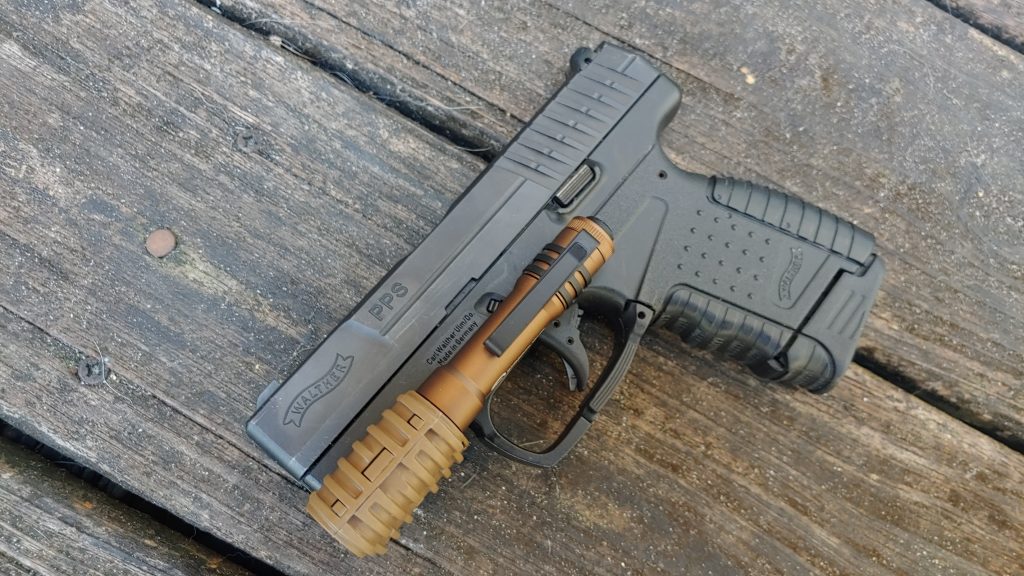 It sounds silly for most guns, but for small guns, you could use a very capable weapon light in a literal click. Additionally, you could still double up and use the light for both EDC purposes. I think it’s a great concept with an underpowered light.

Working With the Rogers Rail Lite

Attaching the light to the gun takes no time or effort at all. Doing so is nothing more than shoving it on and going at it. I appreciate the simplicity and practiced doing so at the range. As long as you aren’t an idiot, you can attach the light without breaking any safety rules or risking blowing off your hand.

Once attached I ran a few drills with a live-fire love. The light clung to the rail without issue, and the little Microstream stood up fine to recoil. 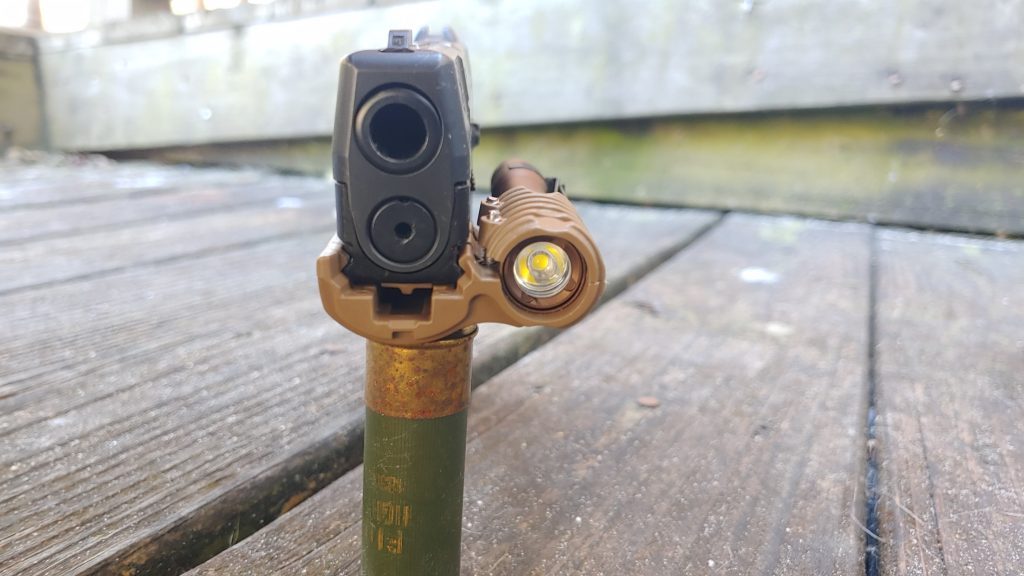 Accessing the light with your thumb isn’t difficult with a thumb’s forward grip. Pressing it and springing it into action wasn’t difficult and made it easy to control. With a bigger light, it might be tougher to control, but I still think the extra power is worth it.

The Rogers Rail Lite and the Microstream USB allow for a constant and momentary mode as well as a low mode that’s a mear 50 lumens. Due to its super-light design, the weapon does remain light and evenly balanced.

The concept is sound, and I think it could potentially be a solution to allow smaller guns to utilize larger, more powerful lights. Although I think the Microstream is underpowered for a weapon light, I appreciate the idea, and I really appreciate the low price. I hope to see the concept evolve a bit, and it might be the best solution to little guns needing weapon lights.

Source
The Rogers Rail Lite – A Cool Concept is written by Travis Pike for gatdaily.com